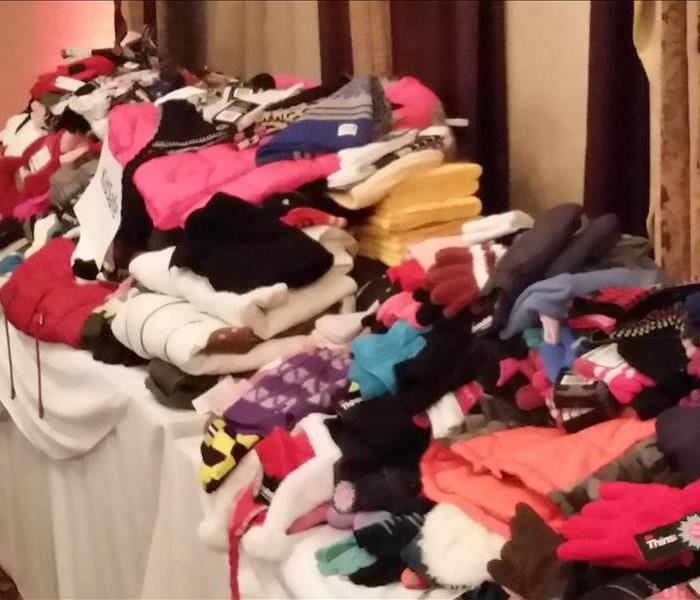 Just some of the donations we received!

On February 10th 2016, SERVPRO of Tolland County/ Manchester/ Wethersfield –Rocky Hill / Glastonbury and West Hartford had the honor of being a part of the Second Annual Warming Hearts/Warming Hands clothing drive at Georginas in Bolton. This event is a mutual collaboration between the Greater Manchester and Tolland County Chambers of Commerce. SERVPRO helped to organize and market the event, as well as drop off and pick up donation boxes in the region. In the first year, we were able to collect over 1,000 pieces of clothing that were donated to two local organizations. We found this to be a great success and a building block for the future. This year, we had four very deserving organizations that we were collecting donations for. Even though the snow may have kept some people from attending the networking event, it did not stop the donations from coming in. By the end of the evening, we collected close to 3,000 pieces of clothing , as well as over 500 dollars to be split between the Community Child Guidance Clinic, Manchester Area Council of Churches, KIDSAFE, and Community Health Resources. SERVPRO loves to get involved in the community and this is a great event to be a part of.