6 Facts About Floods (Part 1: Where and When Floods Happen) 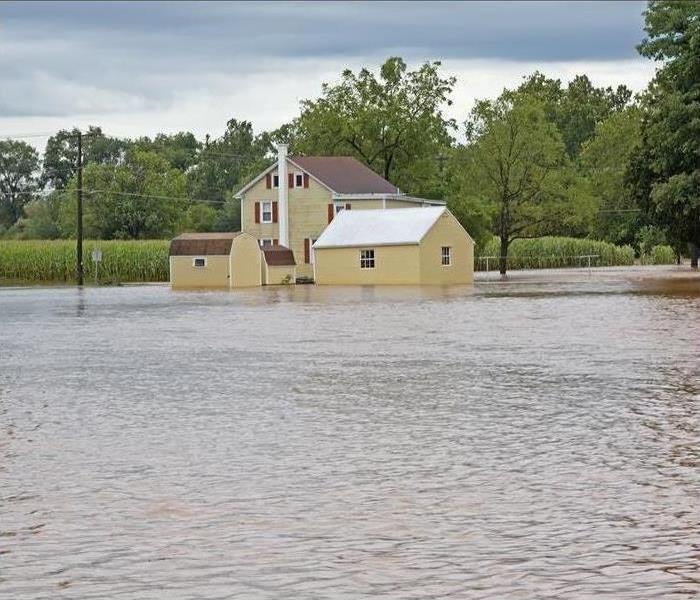 Knowing when and where a flood may occur can help you be prepared for one. Learn the facts and know how to protect your home and family.

Whether caused by rainstorms, hurricanes, burst dams or another incident, floods are the most common natural disaster that occurs in the United States. They are frequent, often deadly and cause vast amounts of property damage. Protecting your home and family may hinge on your ability to make the right choices about what to do in a flood—and that ability depends on knowing the facts about floods, starting with where and when a flood may occur.

If you’re in a place where it can rain, then you’re potentially at risk of a flood, whether or not you’re in a designated flood zone. According to FEMA, one out of five flood insurance claims originates not in flood zones but in low- and moderate-risk areas.

Fact # 2: Rivers and streams aren’t the only sources of flash floods.

While they usually happen near rivers and streams, flash floods can occur in other locations, too, such as in urban areas and near dams. In built-up cities and towns, there are more impermeable surfaces, such as buildings, sidewalks, streets, parking lots and highways. That means there’s less land available to absorb runoff from rainwater or snowmelt. Urban areas, hit with lots of water with nowhere to go, can quickly become flooded. Any property near a dam can be devastated by a flash flood if that dam fails. A wall of water released by a dam may not stay in a river channel, but can spread and quickly inundate a wide swath of land.

Fact #3: Floods happen during the winter, too.

Flood threats in the winter include heavy rainfall, rapid snowmelt and ice jams. All these risks are caused by fluctuations in temperature. A sharp warming can bring lots of rainwater to an already saturated area, and can cause snowpacks to melt quickly. Often, the rainwater and snowmelt combine to cause severe and sudden flooding. An ice jam is also caused by higher temperatures that break up ice along rivers and streams. Large chunks of ice travel downstream and get trapped near bridges and other structures, blocking the flow of water and causing flooding upstream. Then, when the jam breaks up, the water can surge downstream, causing more flooding.

Read part 2 of this article to learn about the risks posed by floodwaters.

If your home or business suffers damage from a windstorm or other natural disaster, call SERVPRO of Manchester/Mansfield today at 860.649.0836

We’re Here for You

SERVPRO publishes educational articles on how you can protect your home and business from disasters and how to deal with mold, fire, water, sewage, storm and other damage.

If your home or business suffers damage from a windstorm or other natural disaster, call SERVPRO of Manchester/Mansfield today at 860.649.0836