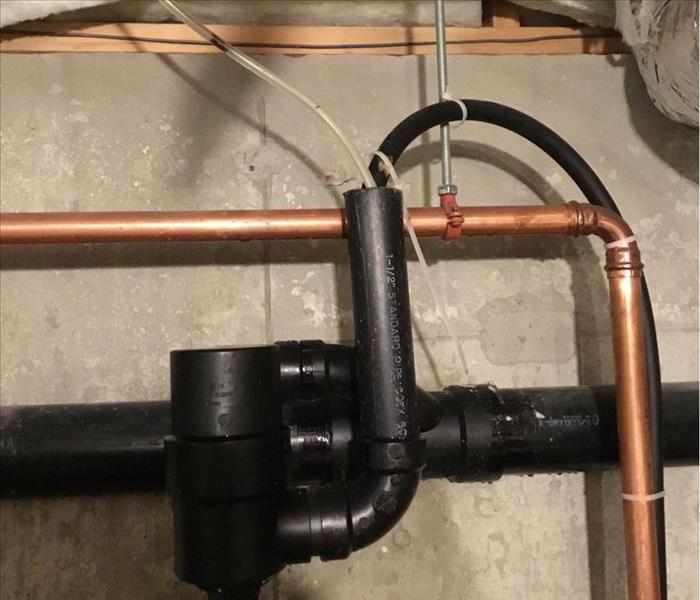 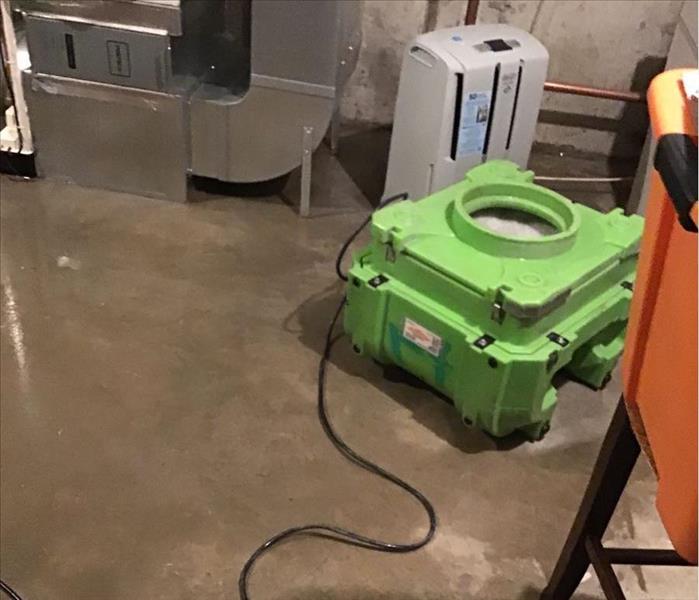 A homeowner contacted SERVPRO because they were experiencing a winter storm frozen pipe burst in Bolton CT that had originated in the basement and was flooding the entire area. Once it was discovered to be a frozen pipe that had burst, they knew it was turning into an emergency situation. The homeowner did a web search for “frozen pipe burst cleanup near me” and SERVPRO was immediately contacted for assistance.

SERVPRO quickly arrived at the winter storm frozen pipe burst in Bolton CT and immediately provided water damage cleanup services to the homeowner and home. After we arrived, we quickly began to isolate the leak in the basement. We found the origin of the burst pipe, dried the various affected areas with drying fans, cleaned the affected surfaces including floors and walls, and left the spaces ready for further renovation.

Winter storm water leaks, especially those originating from frozen burst pipes, can be alarming and difficult to deal with. Water leaks, by design, have to involve major household systems, such as plumbing, HVAC, sewage/septic, and others. Leaks that gush or spray water always have the potential to spread, damage surroundings, and become hazardous. It's always important to know what to do in a flooding situation.

Such was the case with this winter storm frozen pipe burst in Bolton CT. The homeowner was very appreciative of the SERVPRO crew that contained this water damage. “When we had flooding in the whole basement for our house and had no idea what to do next. SERVPRO came so quickly, and immediately took control of the situation. We’d recommend them to anyone.”